Being Transgender Is No Longer a Disorder

The Associated Press reported that the American Psychiatric Association’s Board of Trustees approved certain notable changes to that body’s Diagnostic and Statistical Manual of Mental Disorders on Saturday. The story began with the controversial announcement that Asperger’s syndrome will now be included in the autism spectrum disorder category, but another change buried at the bottom of the piece may prove to be even more divisive—and, if historical precedent is any indication, more influential on society at large….. 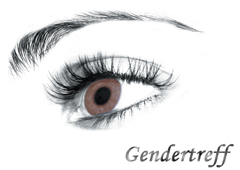